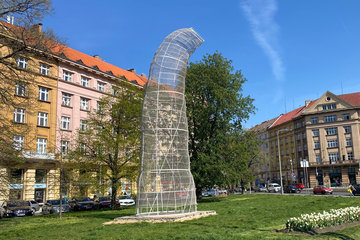 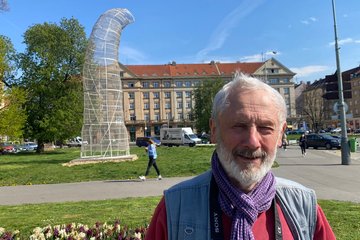 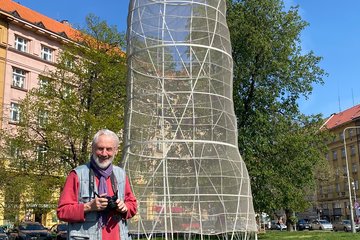 The work was designed in 1997 for this place, where previously was a statue of Lenin as part of the event of the Center for Contemporary Art in response to the Bad Nation's Mood.

The caterpillar was realized in 2001 in Zlín on the occasion of the exhibition of Kurt Gebauer and his students from the Prague Academy of Arts, Design and Architecture. In 2003 it was exhibited on Wenceslas Square in Prague, then it was exhibited in the Mayrau open-air museum in Vinařice near Kladno.

The sculpture was previously installed in front of the Trade Fair Palace in 2020 during Kurt Gebauer's retrospective exhibition at the National Gallery in Prague. Now it arrived here, where the author originally intended it.

Subsequently, it should travel to Zlín for permanent installation on the square.