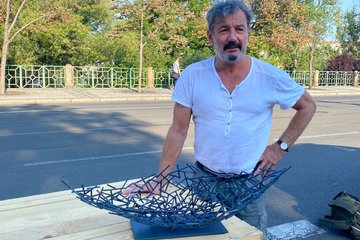 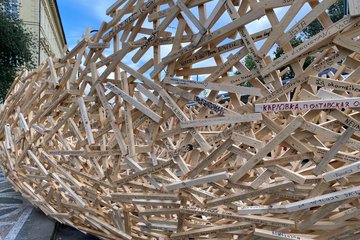 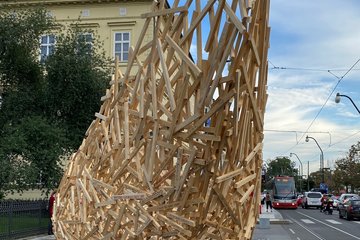 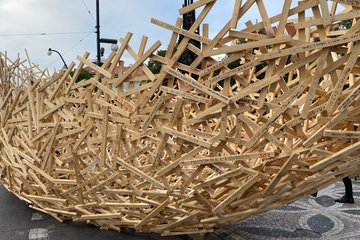 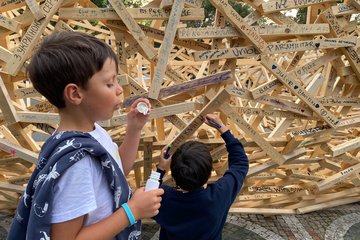 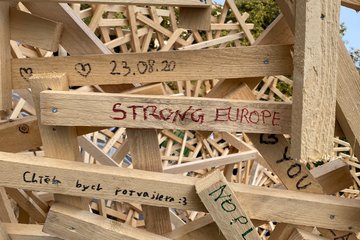 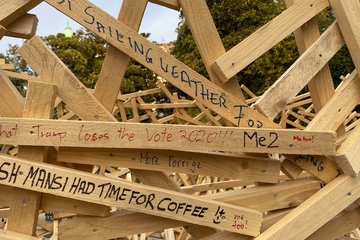 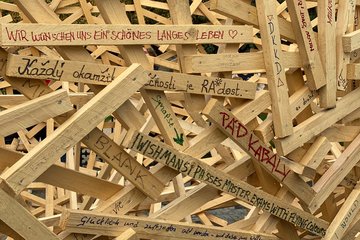 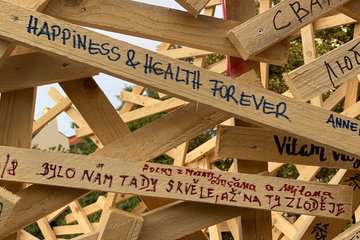 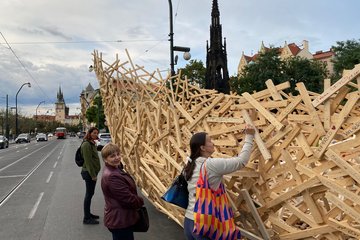 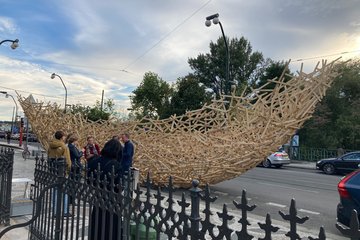 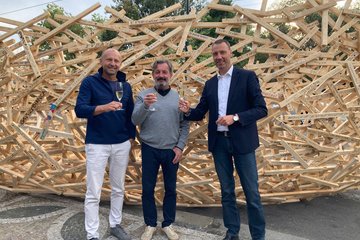 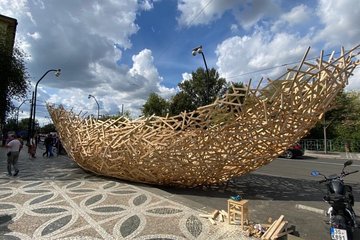 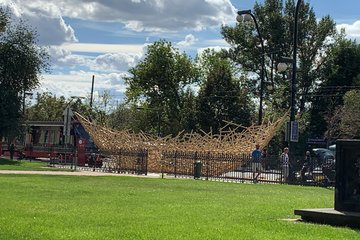 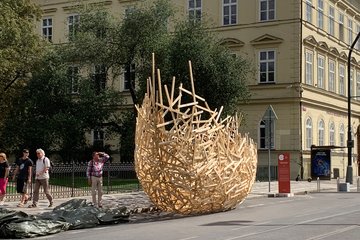 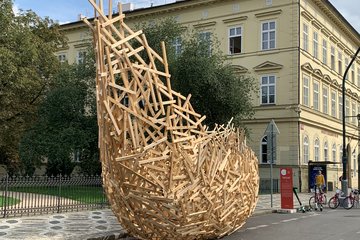 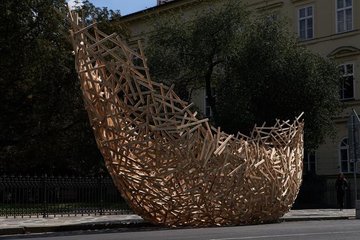 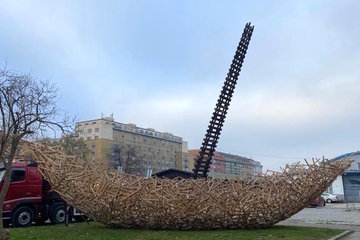 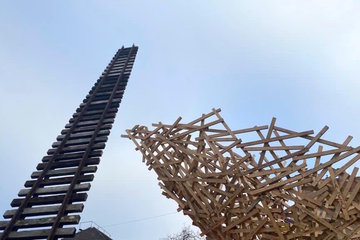 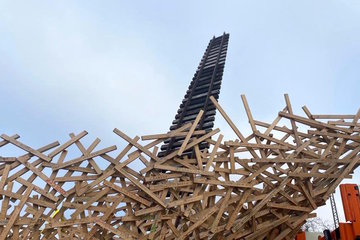 Martin Steinert is a guest of the residency programme of the Goethe-Institut. He will stay in Prague for three weeks and create his work at the occasion of the Sculpture Line festival. During his stay, he is going to create the Prague version of his “Wooden Cloud”.

For several years, the work of sculptor Martin Steinert has included spatial installations made of ordinary wooden laths. It was people’s great interest in mostly several-week processes of creating objects in public space which has led Martin Steinert to the idea of involving people directly into his work.

In June 2015, Martin Steinert built a monumental sculpture of almost 2,000 meters of wooden slats in the apse of the church of St. John (Johanneskirche) in Saarbrücken. During the four-week creation of the installation, visitors to the church were invited not only to watch the sculptor's work, but even to take part in it themselves. Approximately 1,200 people wrote their personal wishes on prepared wooden slats which Martin Steinert then incorporated into his installation. Their wishes, formulated on the slats as individual manifestos of dreams, hopes and expectations, branched out into thousands of synapses. In this way, an art project called Wooden Cloud – Die Architektur der Wünsche (Architecture of Wishes) was created and set out on its journey.

The wooden cloud floats from Saarbrücken through selected cities of the world and it is always created in a new form in prominent public places. Temporary installations made of wooden slats with inscriptions on them become snapshots of social atmosphere. So far, the wooden cloud has stopped on its way in St. Petersburg in 2016, in Berlin in 2017, in Paris in 2018, and the fifth “Wooden Cloud” was created in Al-Istiqlal Park in Ramallah in 2019. Two more wooden clouds are going to be created in 2020 in Prague and Tirana.