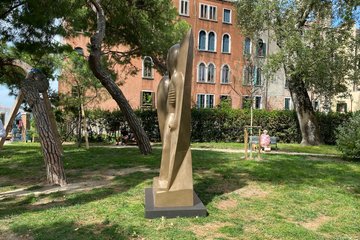 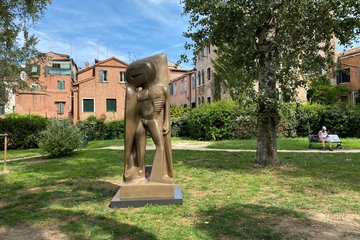 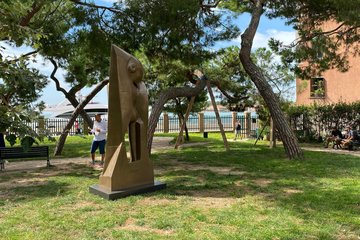 Born in Bohumín, he completed his studies at the Secondary School of Applied Art in Uherské Hradiště and subsequently studied at the Sculpture Studio at the Academy of Arts, Architecture and Design in Prague. Between 1987 and 1991, he was a member of the group Tvrdohlaví. He currently lives and works in Prague.

Originally, I created the Guardian as a small-sized sculpture. Its formal qualities later inspired me to recreate it on a monumental scale.

And what can I say about the sculpture itself?

I personally feel that these are troubled times, sometimes even turbulent, and the world is changing in all aspects. Regretfully, it is a change for the worse, as we are witnessing in recent months.

This work is thus an expression of my belief in our civilisation and its power, a symbol of courage and faith in indomitable spirit of humanity – the Guardian and Protector in difficult times.

I am honoured to be able to show my sculpture in the beautiful city of Venice, in a country that had suffered so much this year. I hope that it will bring the viewers a sense of hope in safer future, as it did to me when I was creating it.