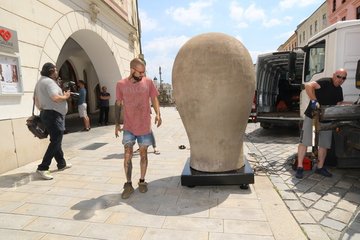 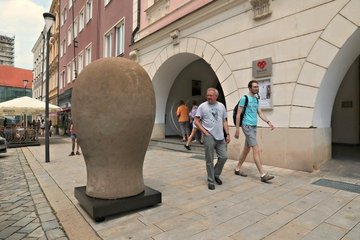 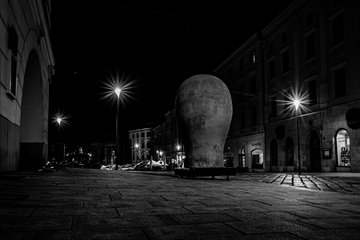 One of the big heads

Big heads or other heads like lightbulbs are my long-term topic. A human head is a mysterious object, it can glow with ideas, goodness and can be blocked by stupidity and aggression. By looking at them we can reflect on who we are. I've been making the heads since 1970s. Four of them (2 metres high) were showed in 2011 on the Jan Palach square, in 2013 in front of the National Library of Technology and at Landscape Festival in Prague. In 2016, some of them were destroyed by drunks in České Budějovice. It's all in our heads.