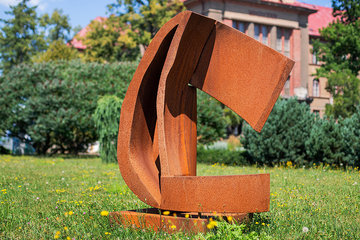 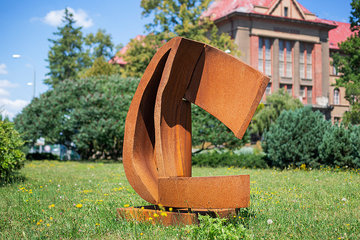 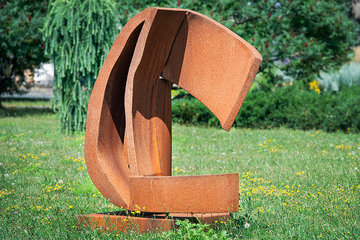 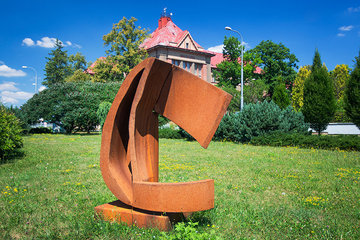 Born in 1964 in Opava, she currently lives and works in Luxembourg. She graduated from the Academy of Arts, Architecture and Design in Prague in 1989. She received a scholarship to study in Perugia, Italy, in 1987 and she was a scholarship student in Paris in 1992. In 2006, she received a scholarship from the Luxembourg Ministry of Culture for realizing steel sculptures. She has won a number of awards and exhibits in both Czech and foreign institutions on both individual and collective exhibitions. Her works are also represented in many private collections in Europe, mostly in Luxembourg.

The sculpture is a half - mask, a sense of nonsense, a split half -part on parts, that creates a new form and thus it becomes a game of shapes.