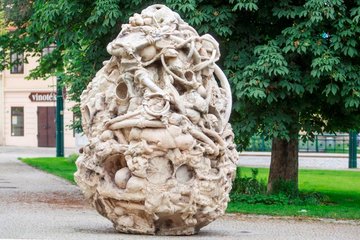 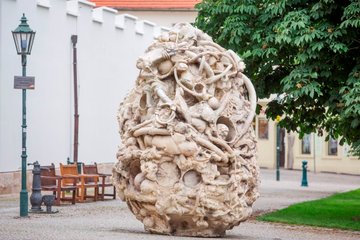 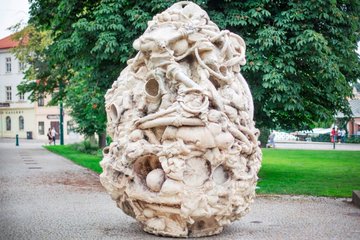 Petr Zubek studied at the Academy of Arts in Prague from 1987, where he graduated from the Kunstakademie in Düsseldorf, Germany in 1991, and finished his studies with a diploma at the Cologne Institute of New Media in Cologne. During his time in the Czech Republic he was a co-founder and member of the group "Monday", then in Düsseldorf, New Media Laboratory "X Object space". He taught at the Institute of Design in Düsseldorf (2001-2003), in 2010-2012 he led the Multimedia Studio at FAVU in Brno and in 2014/2015 he was a visiting teacher at the Prague Academy of Arts, Architecture and Design in the studio of Jiří David. He has been actively exhibiting since 1989 and his works could be seen at exhibitions both here and abroad (such as the National Gallery in Prague, the National Gallery in Bratislava, the Kunstpalast Museum in Düsseldorf or the Kunsthalle in Düsseldorf, the Abteiberg Museum in Mönchelgladbach, the Amsterdam Institute for New Media "Monte Video" and many others). Several awards include the Media Art Award of North Rhine-Westphalia in 2001, or the Düsseldorf Foundation Ernst Poensgena's Newspaper in New York. Petr Zubek lives and works in Düsseldorf.

My intention was to create an amorphous, organic object resembling a natural fragment that would, with its multifaceted, rugged surface correspond with the rugged facade of the Neo-Gothic Town Hall, before which it was placed. By installing various plastic materials and their intuitive shaping and layering, I tried to achieve the baroque richness of the morphology of the object, which would have to irritate the passers-by and attract them to closer observation, searching, finding and losing in these shapes and forms and opening possibilities to various associations , as we encounter in nature.