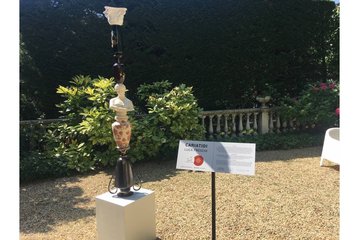 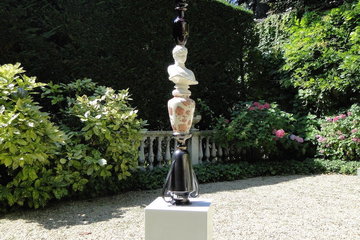 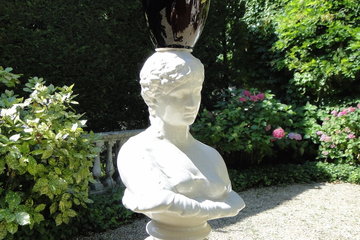 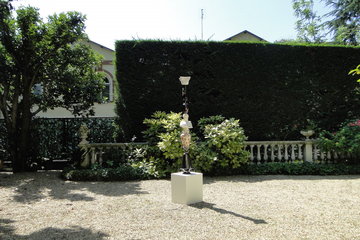 Born in 1982, he graduated in painting in the Accademia di Belle Arti in Bologna. His research is based on the otherness of the human figure, on the personal and collective memory through the use of the casting technique.
Among the various exhibitions we highlight 2018 “Rust Never Sleeps”, Zeit Gallery Pietrasanta (LU), “Volatiliapparenze” National Etruscan Museum of Marzabotto (BO), “Martyrium”, at M.E.A.M of Barcelona and the Biennale of sculpture Pobla de Segur, Lleida, Spain, 2014.

In 2015 he was selected as a finalist in the 59th edition of the International Prize of Ceramics in Faenza and in 2017 was invited to Korea to the Gyeonggi International Ceramic Biennale.

The work takes shape from the accumulation of vessels that have lost their function as containers of substances to become containers of cultures. The vases come from different countries of the world. The theme of the precariousness of ceramics and of recreated Caryatids is universal, as is the language of ceramics utilised by the artist.

Solemn and suspended in time, the Cariatidi (Caryatids) of Luca Freschi stand out in silence. They are extremely tall and fragile figures at the look, austere and immeasurably immobile, they arise from the careful and sincere gesture of the artist who, in these works, with an admirable care, has made of the balance the highest exercise of his creative gesture. These tall figures have an ancient allure and welcome into their verticality elements of tradition such as busts of statues, capitals, fragments of columns or shiny skulls, to which the artist associates large or small vases of ever new shapes and colors that hold inside the richness of the worlds and the cultures of the signs they show on the outside. The vases, in their intended overturning of the forms, are the most disconcerting element of the Caryatids. They bear, in fact, the powerful sign of transience of being. The Caryatids are poignant and in their sweet melancholy they fully fall into that delicate and honest reflection on life and its transience so dear to Freschi's poetics.