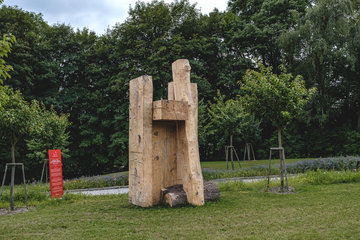 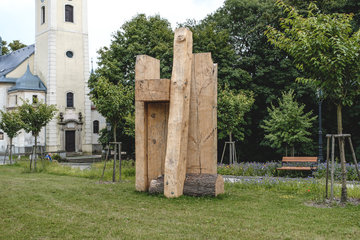 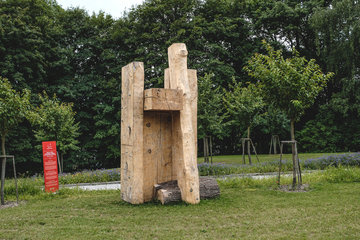 Church of the Holiest Trinity

I like to dedicate my sculptures to someone.
Very often to my favourite architects, writers, philosophers or poets. Other times to places, events or feelings and moods. I don't dedicate the sculptures to the sculptors. Perhaps the american sculptor Richard Serra will never know, that I dedicated the statue Hromada to him. I'm doing so with an admiration of the author, who via his work pointed out to me, that the statue except of its shape, material, colour etc. can also have another important characteristic - the weight. The weight of the statue can be as emotional as everything else. Also the manipulation with the object becomes a part of the sculpture. If we accept the weight as a characteristic of the sculpture, it stops being a burden and becomes a part of the experience.